Digital Justice Films is committed to producing quality documentary films about injustices in society. Investigative journalism is our cornerstone. Our goal is to create awareness of various societal issues to help spark meaningful change. 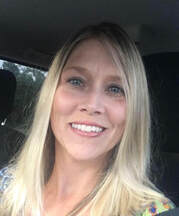 Lesley Kirk is a graduate of San Diego State University with a BA in journalism and minors in marine biology and fine art.
In 2017, Lesley returned to her roots as a journalist, and started her own film company, Digital Justice Films, to produce and write investigative documentaries, highlighting injustices in society, ranging from sex predators to nursing home abuse, focusing on vulnerable populations. Lesley has over 20 years experience in the television industry.
Lesley was previously the Group Communications Officer for the Health and Human Services Agency at the County of San Diego and was with the County for over six years. After receiving her degrees, Lesley spent eight years working in TV news before coming to San Diego County. She worked at the ABC affiliate KERO in Bakersfield, CA, as an investigative producer, reporter and assignment editor. She also worked at the NBC affiliate KGET as well. Lesley covered many investigative pieces including a neighborhood cancer cluster, kids who kill, underground dog fighting and abuse in nursing homes. Her first interview as a reporter was with Oliver North. Soon after 911, she interviewed Israeli Prime Minister Ehud Olmert. Before becoming a reporter, Lesley also produced a two-hour morning show.
In 2002, Lesley moved back to San Diego and landed a job at Fox6 as the Assignment Manager, managing eight employees as well as reporters and photographers and setting the news agenda for the day. She covered President Bush, the 2003 Wildfires, and the David Westerfield case, a notorious sex predator, who murdered a young child, living on his street, in a prominent San Diego neighborhood.
As a Media Specialist for the County of San Diego, Lesley designed the first regional emergency/disaster Web site for the County, which was used during the wildfire of 2007 for communication with the media and the public. She wrote daily press releases and handled local and national media campaigns. She also conducted all media training for managers within the County. Lesley was frequently called upon to help manage crisis communications, dealing with environmental issues, elections and health outbreaks.
Lesley was honored with a Certificate of Commendation for her work on the 2007 Wildfires & Employee of the Quarter in 2005.  Specialties: Crisis communications, media strategy,  broadcast news/documentaries